Stephanie and Andrew are two of the kindest people and I feel so lucky to know them and have photographed their elopement in the Columbia Gorge. Earlier this year, the day before the lock down was imposed, we did engagement photos at the beautiful cherry blossoms on the waterfront downtown. Back in early spring, we still didn’t know how things would change later this year, and Stephanie & Andrew had plans to get married back in their home state across the country. Fast forward all the months, and they knew it wouldn’t be possible to fly home and have their big wedding. Since plans changed, and it only made sense to get married in Oregon, they wanted to showcase one of the most gorgeous spots in Oregon for their wedding elopement to share with family and friends back home. They invited a few of their closest Portland friends, where we all met up in the breathtaking Columbia Gorge. Their vows were so heartfelt, each of their friends shared meaningful words & quotes, champagne was popped and the celebrations continued on through the night at Thunder Island Brewing. I’m so happy for these two! 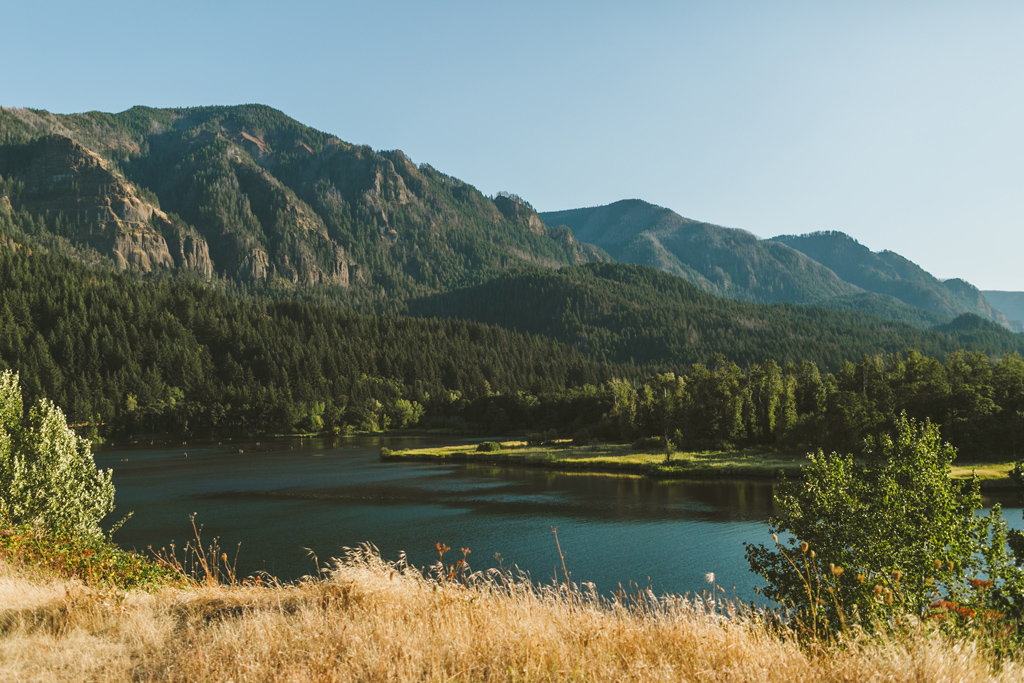 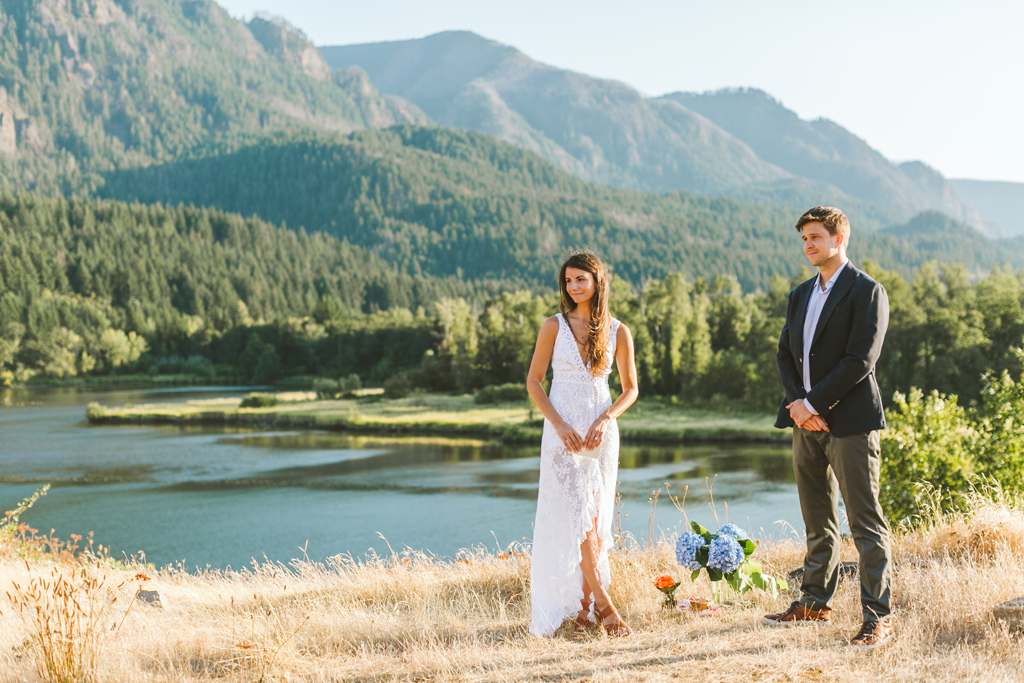 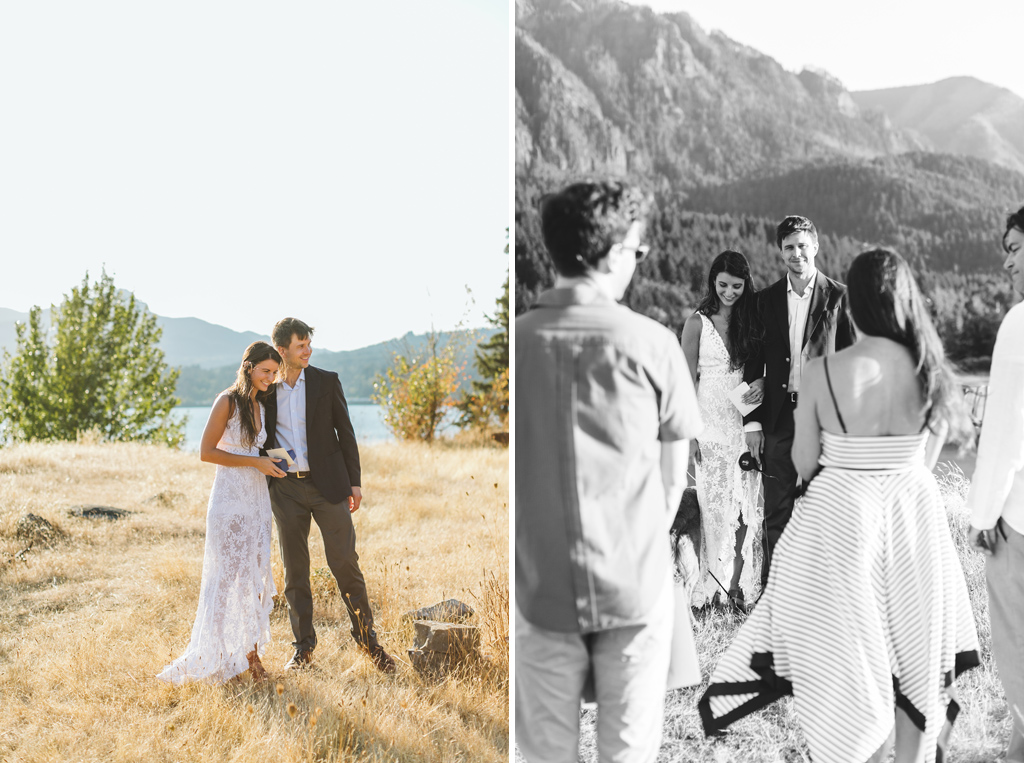 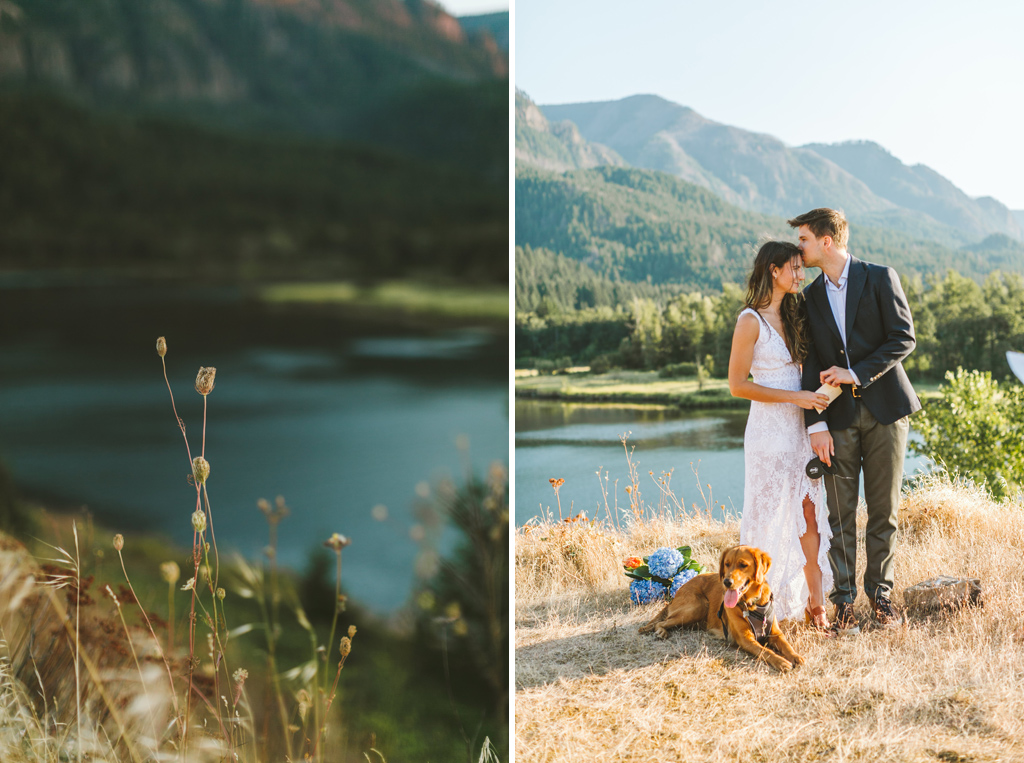 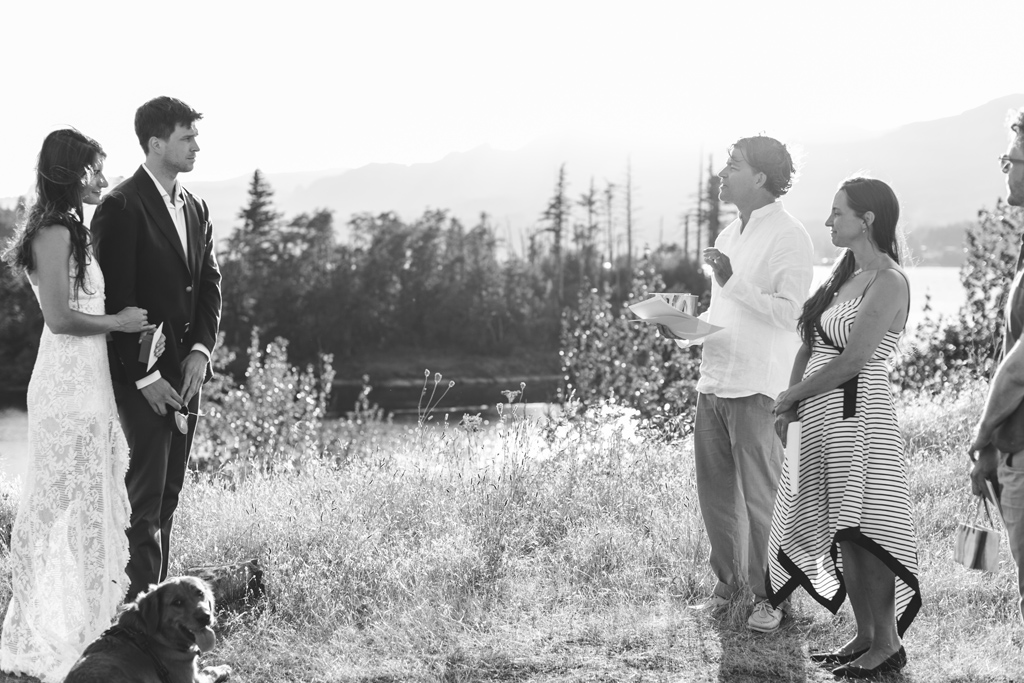 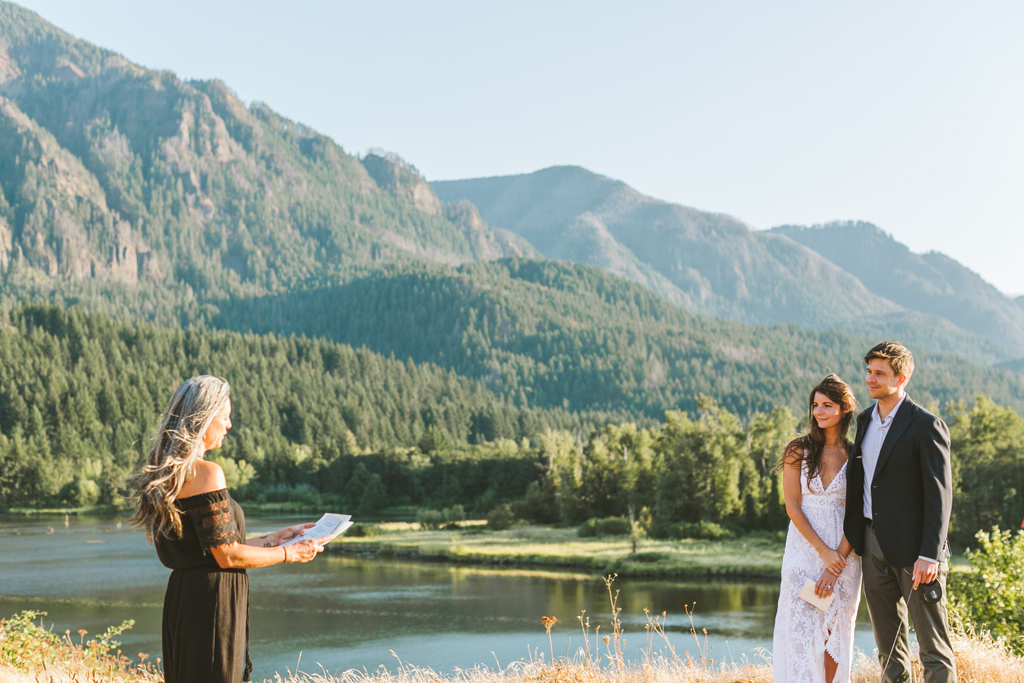 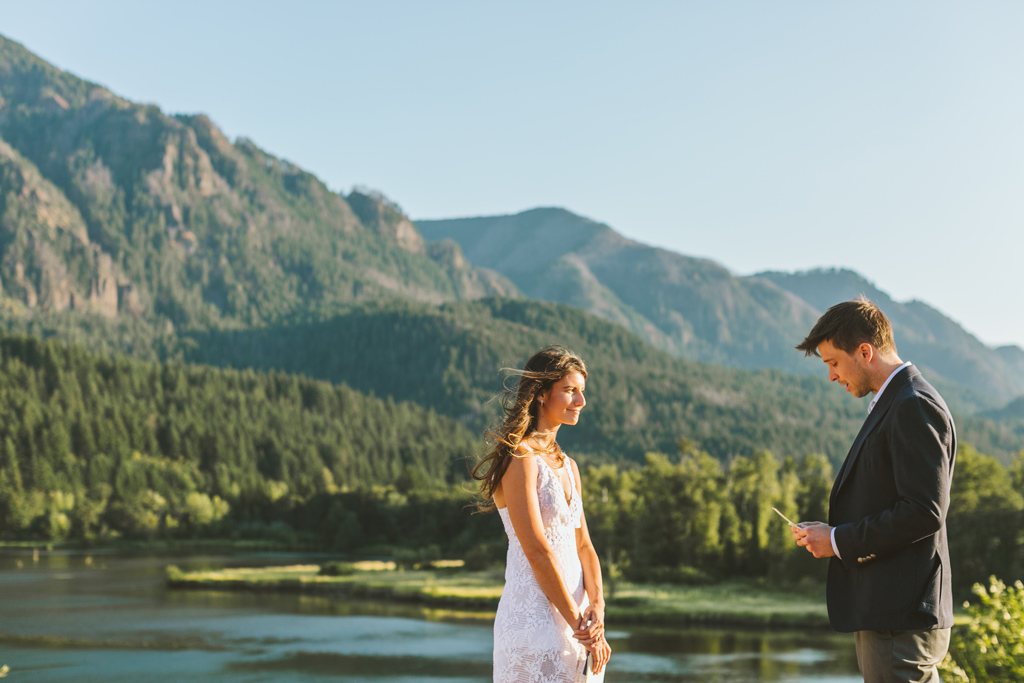 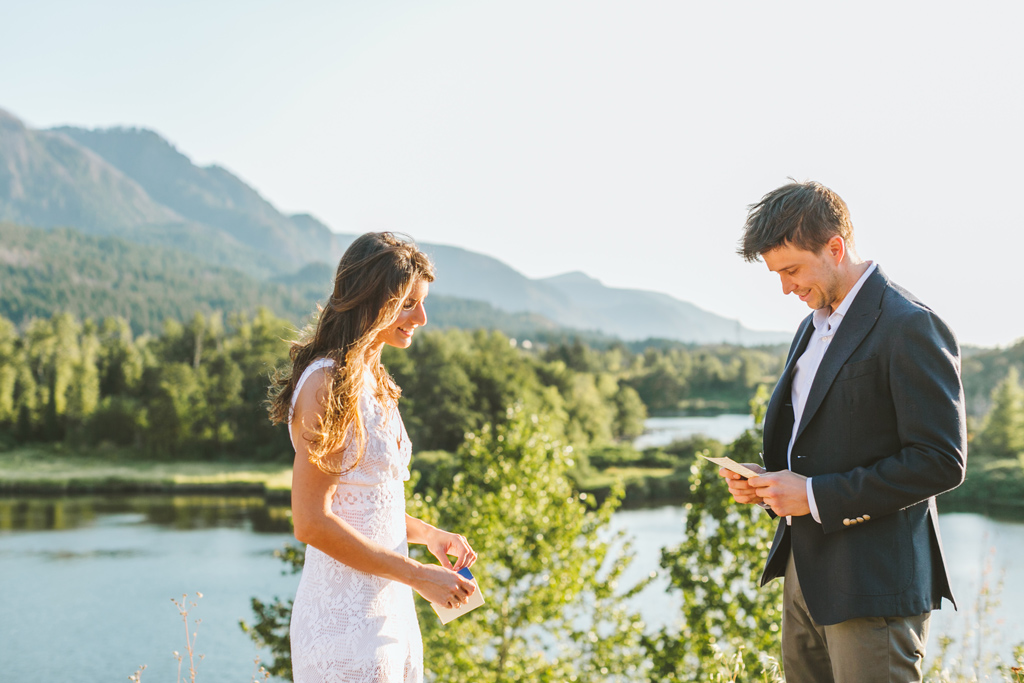 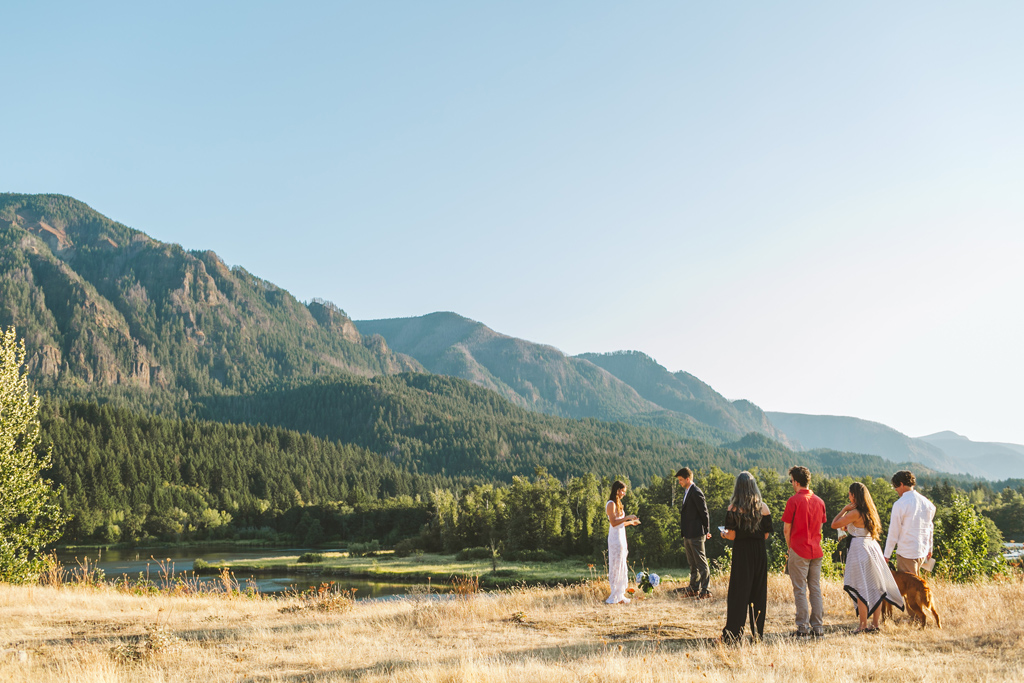 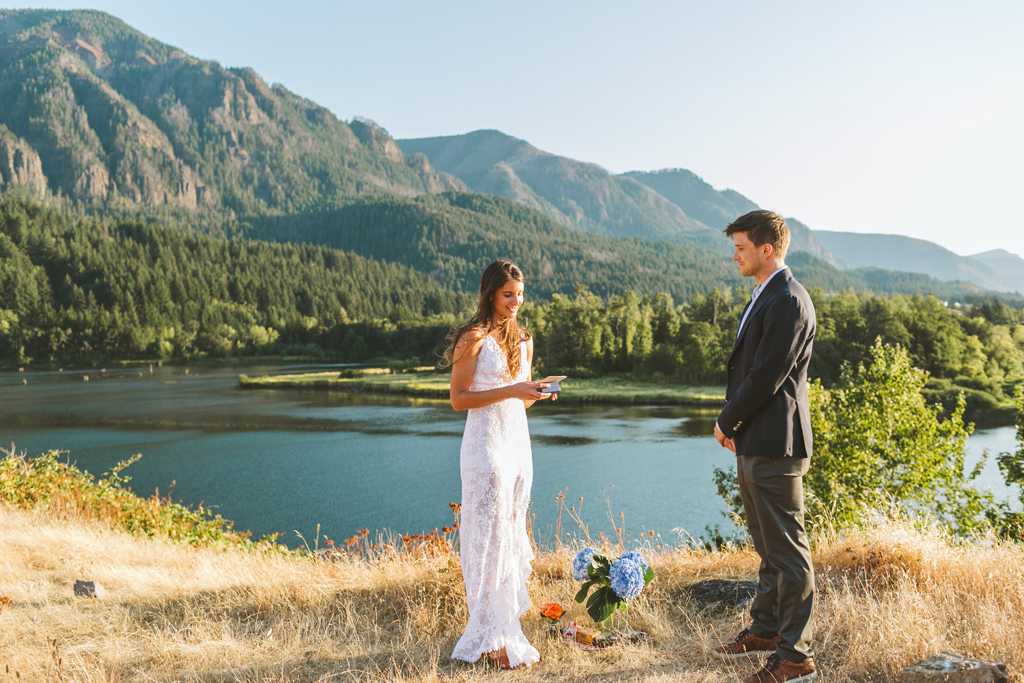 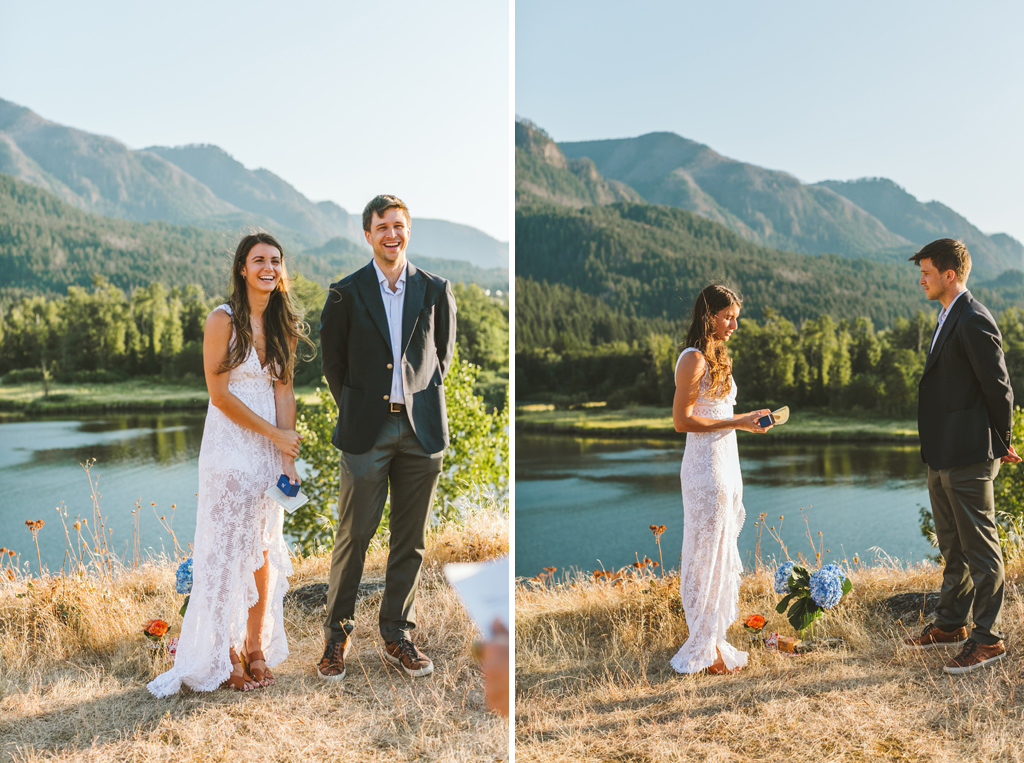 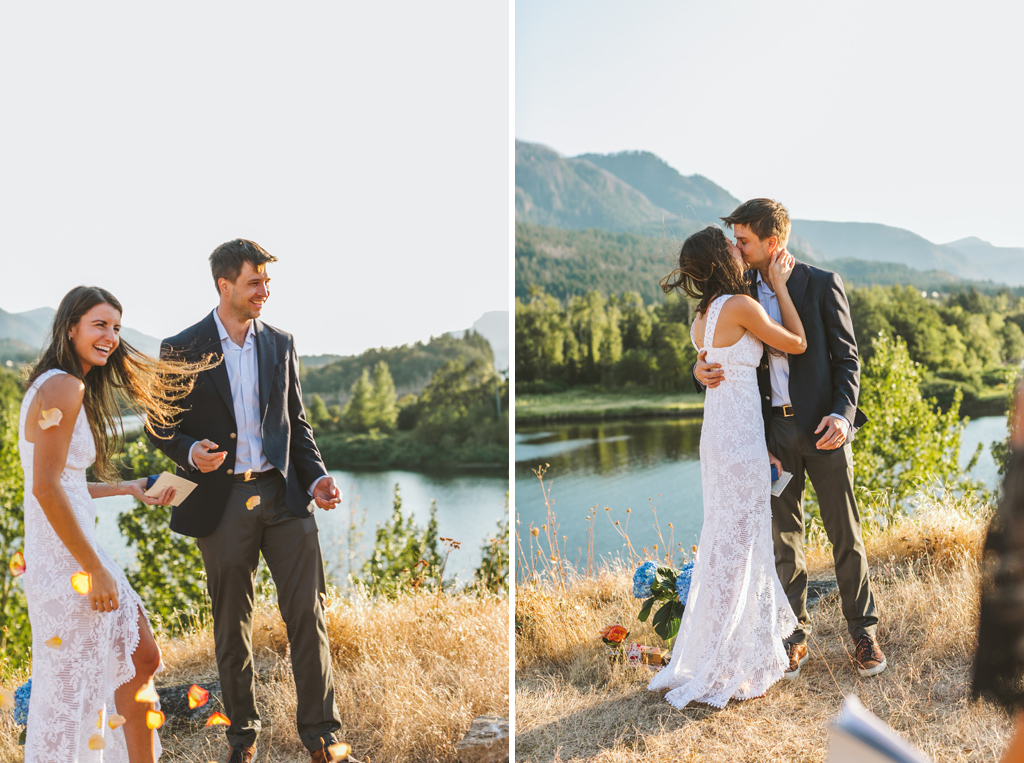 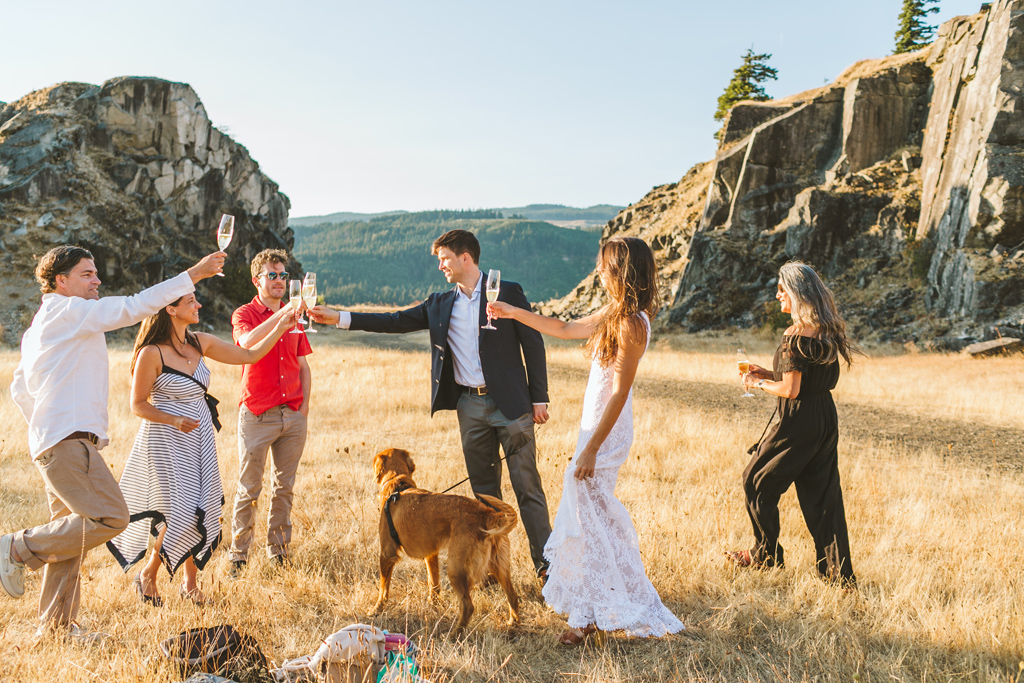 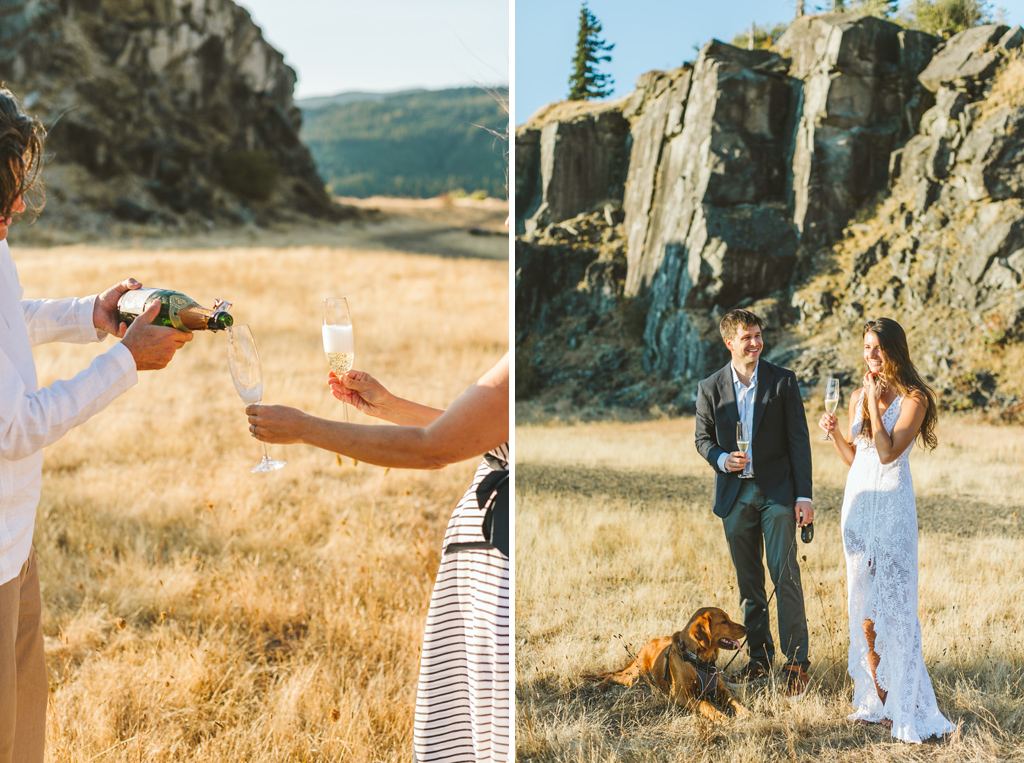 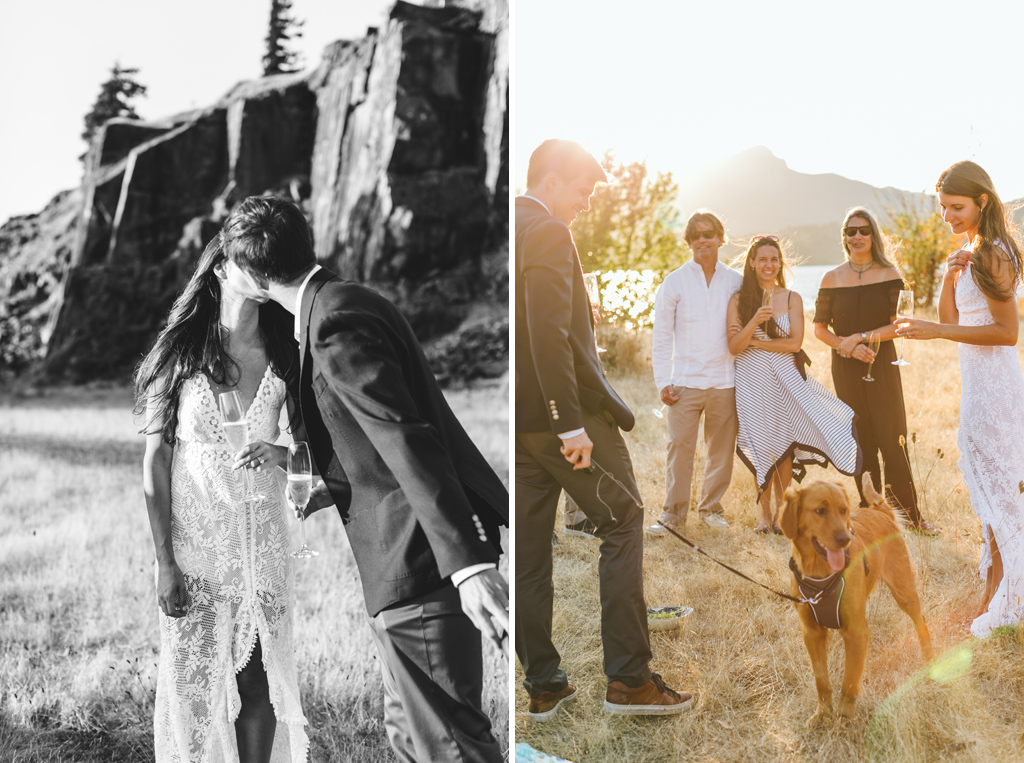 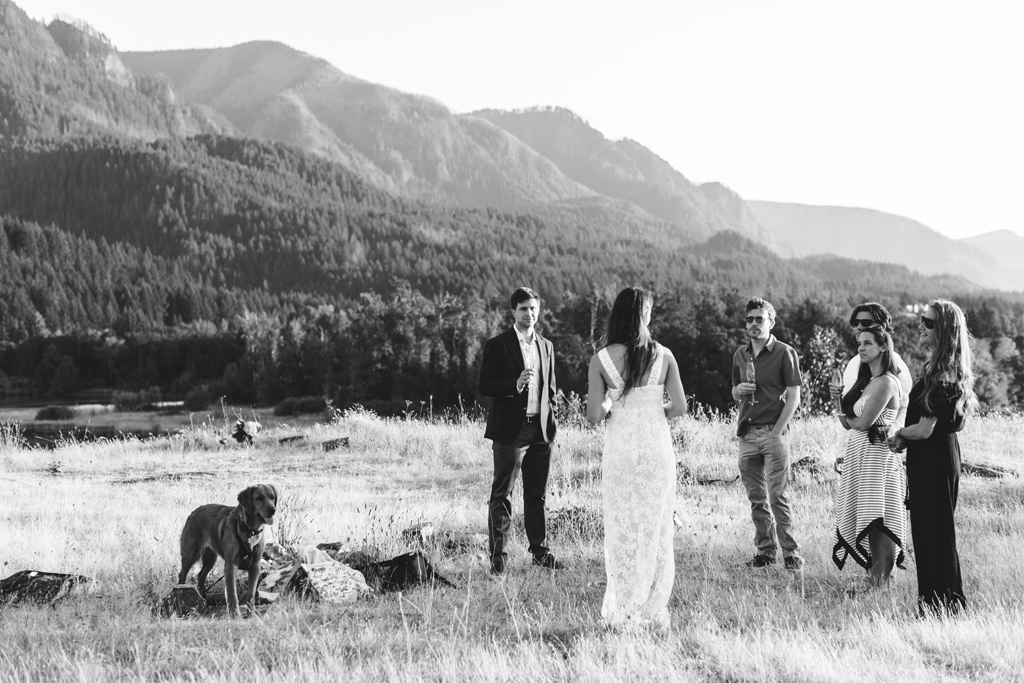 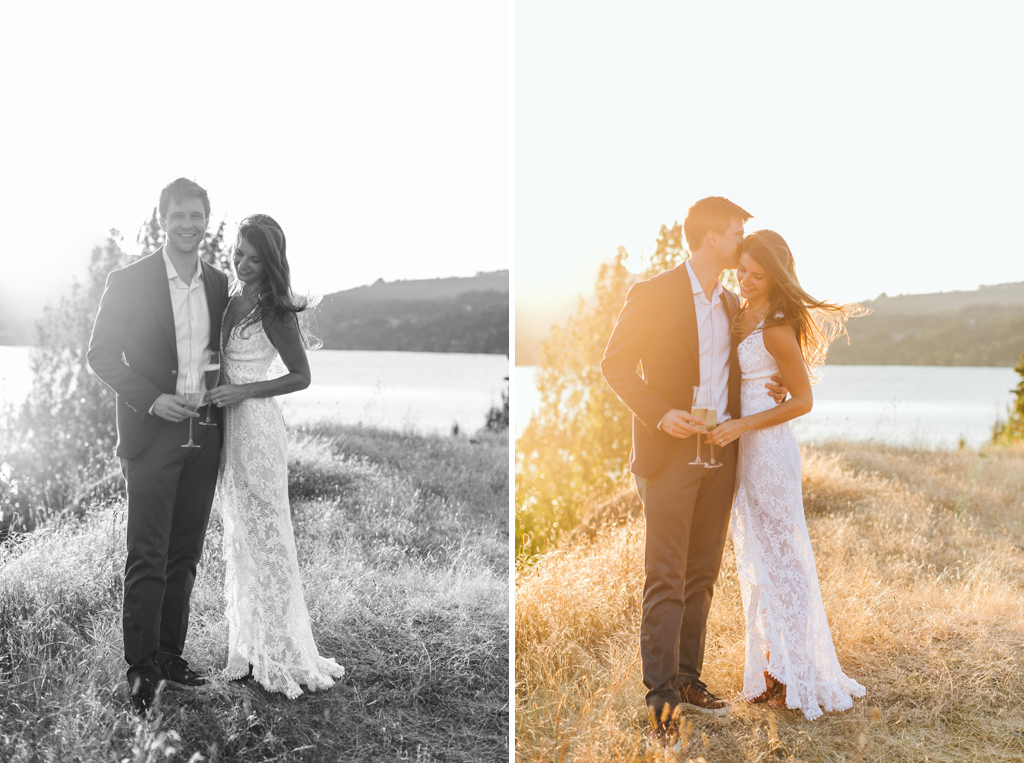 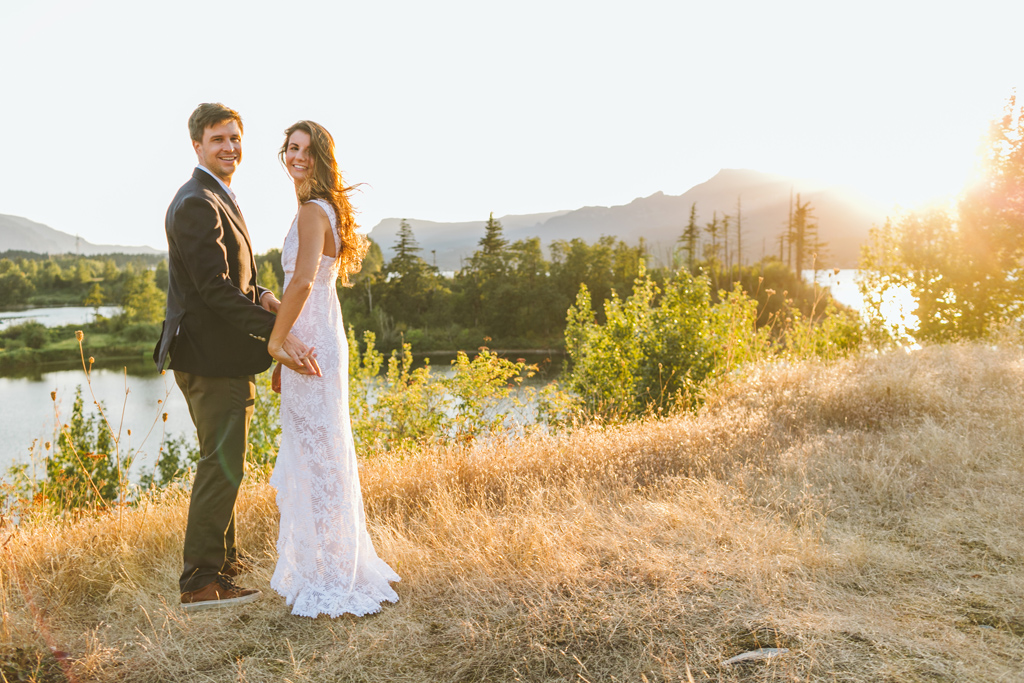 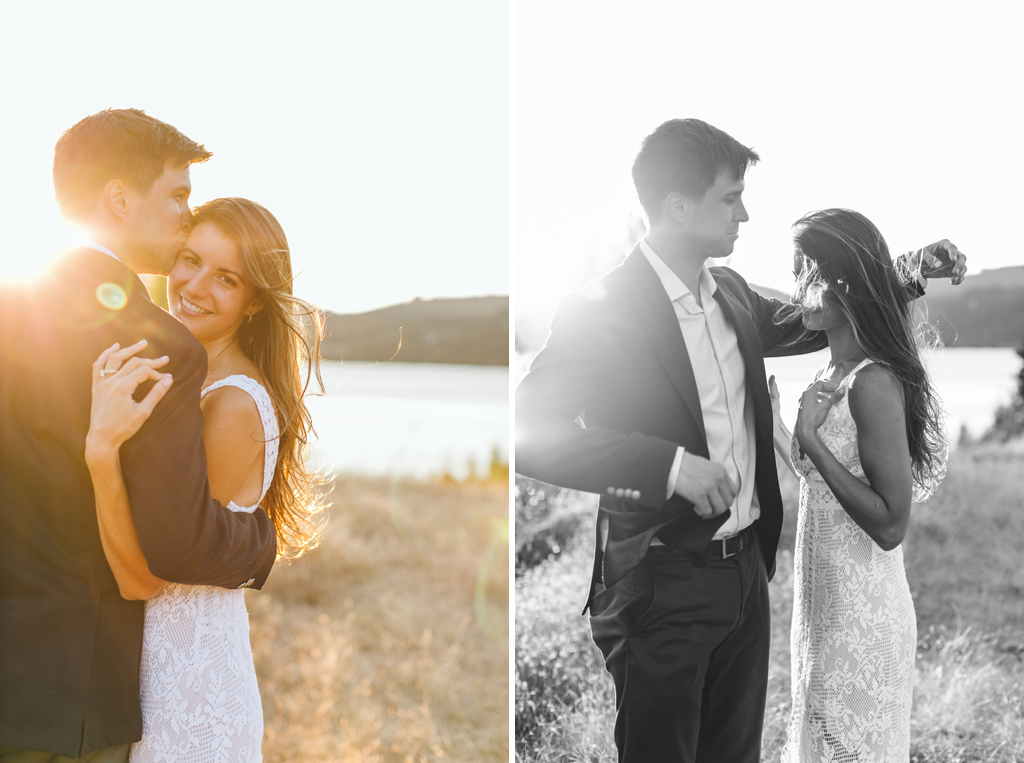 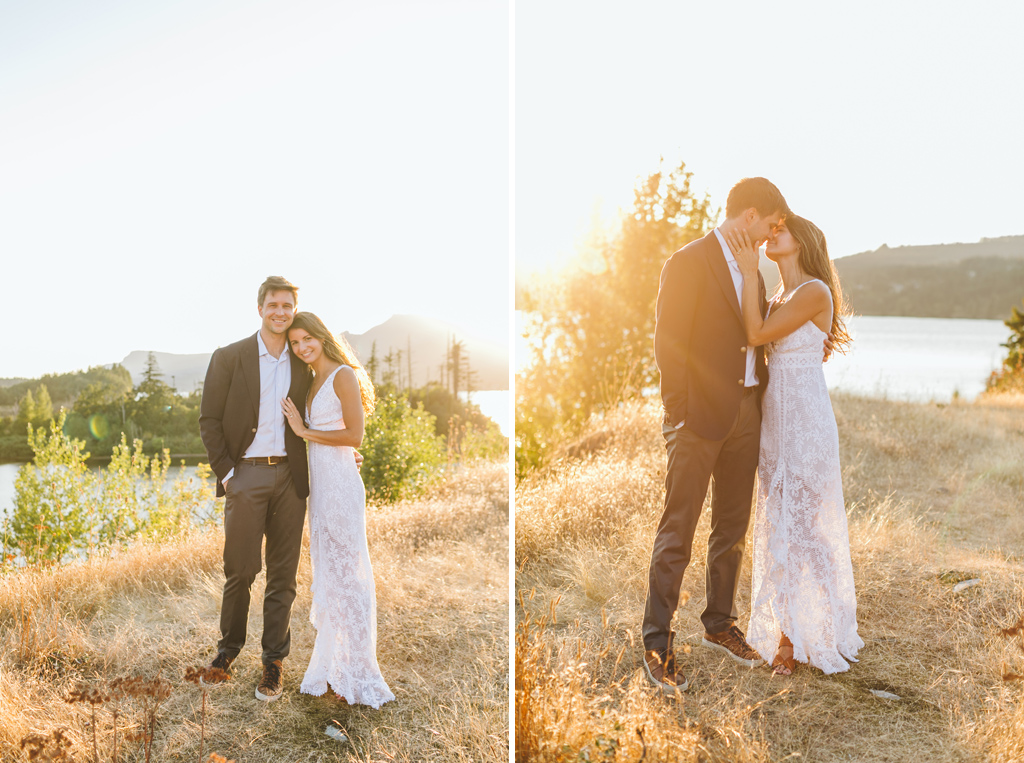 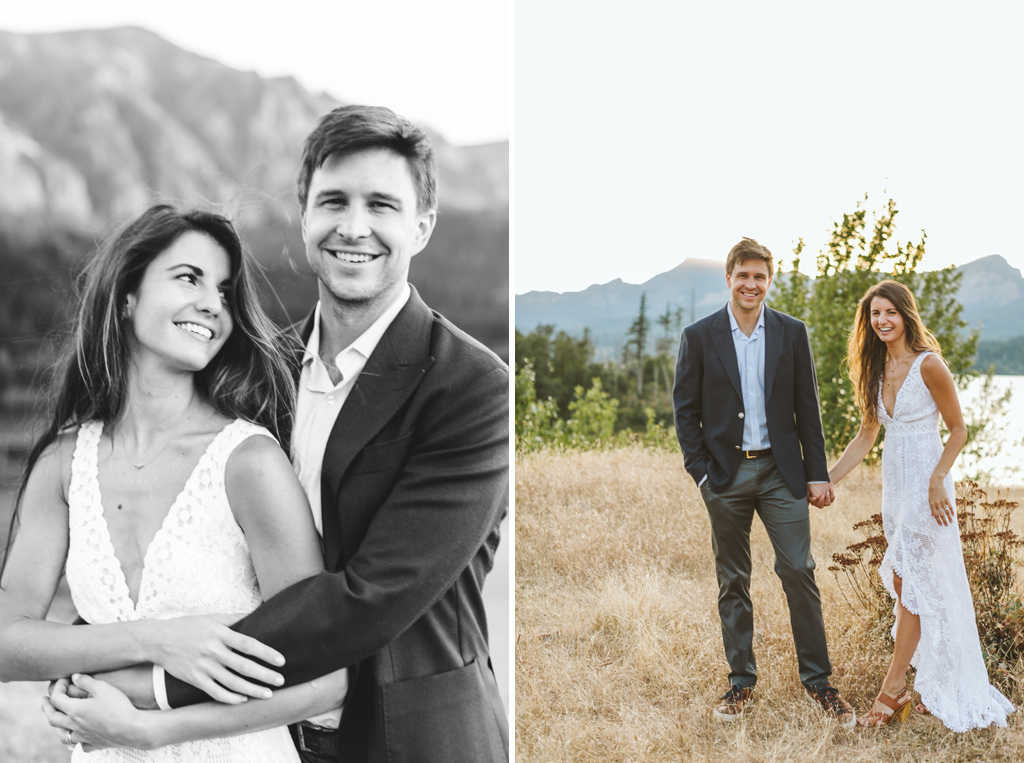 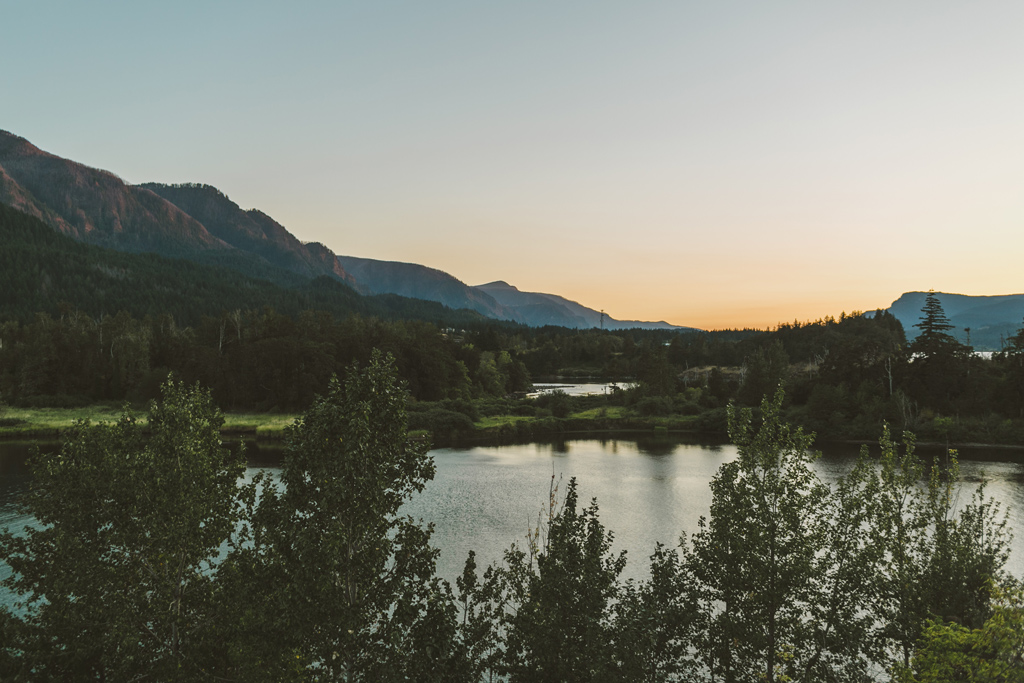 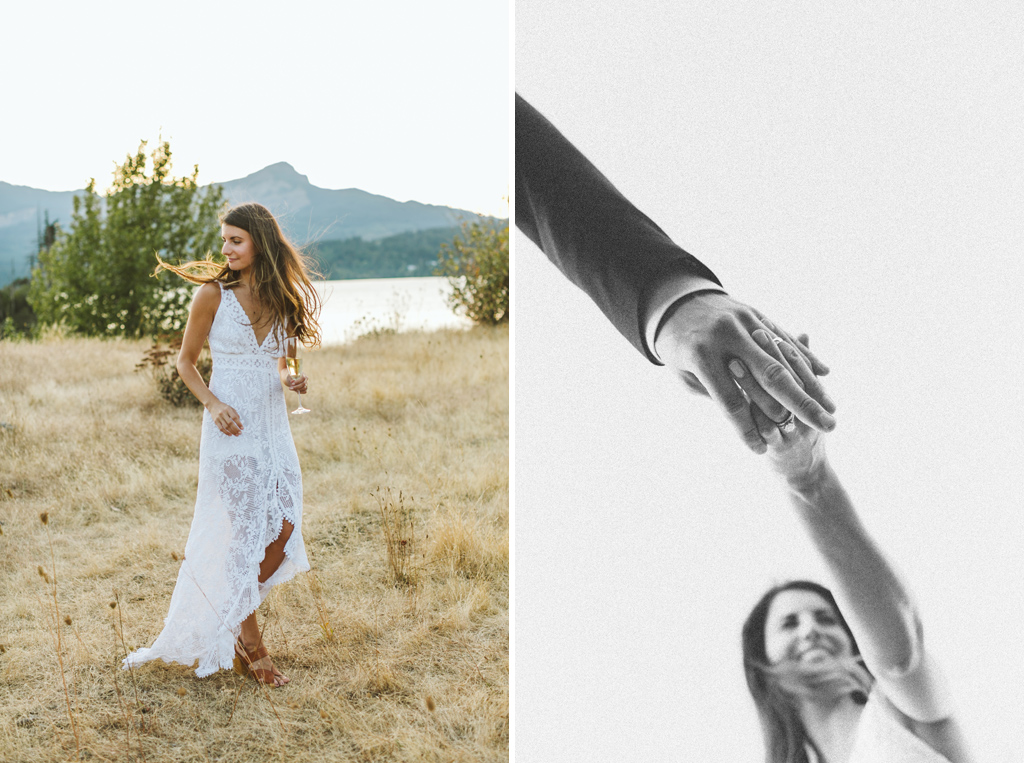 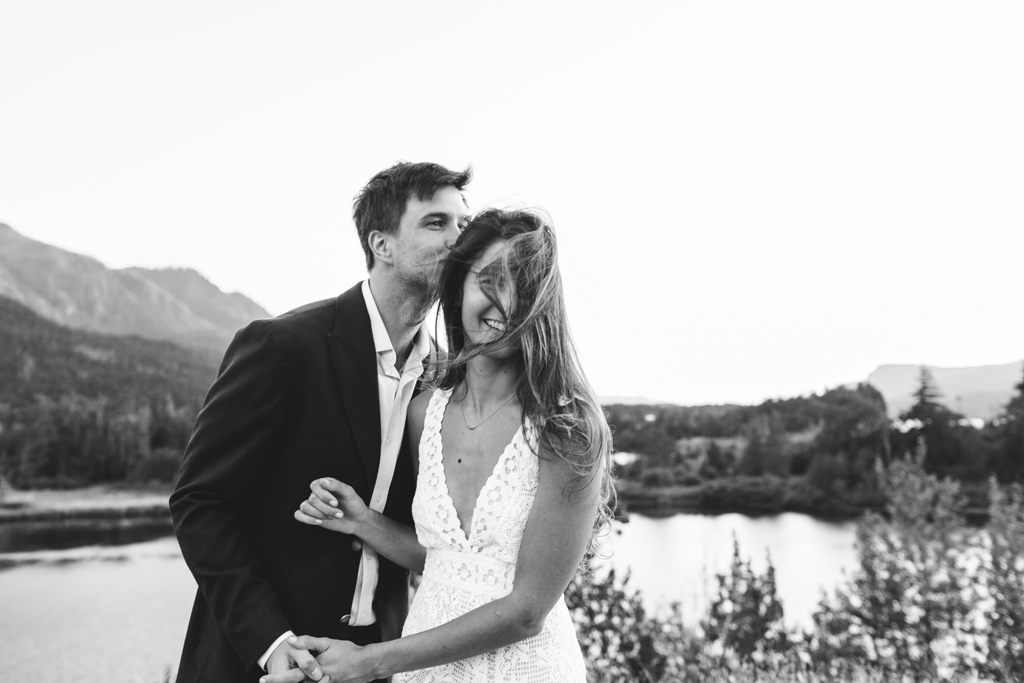 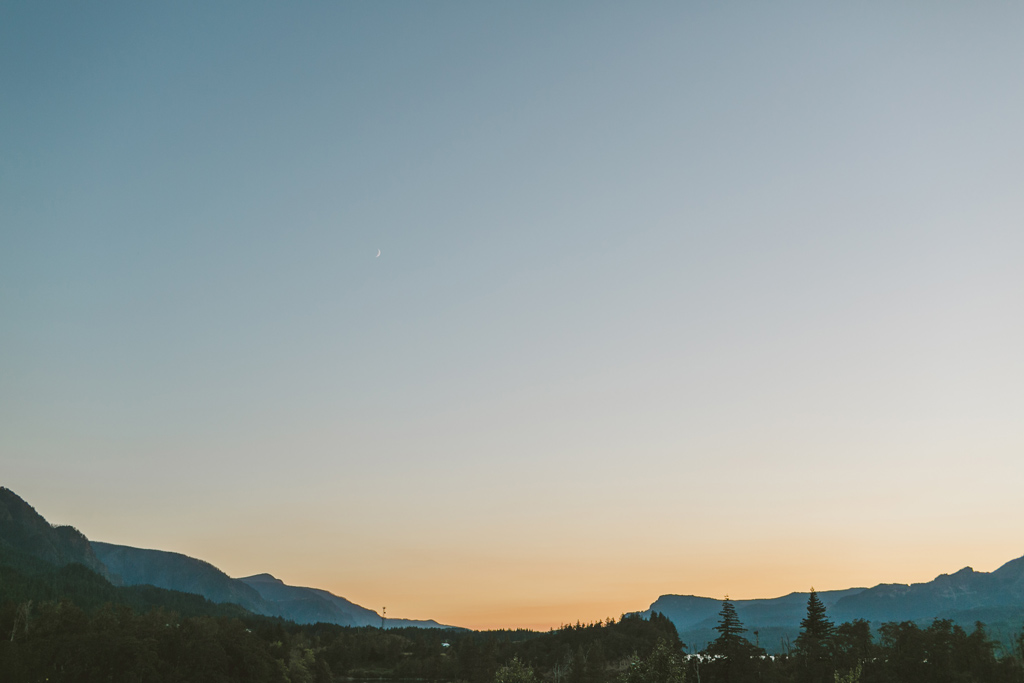 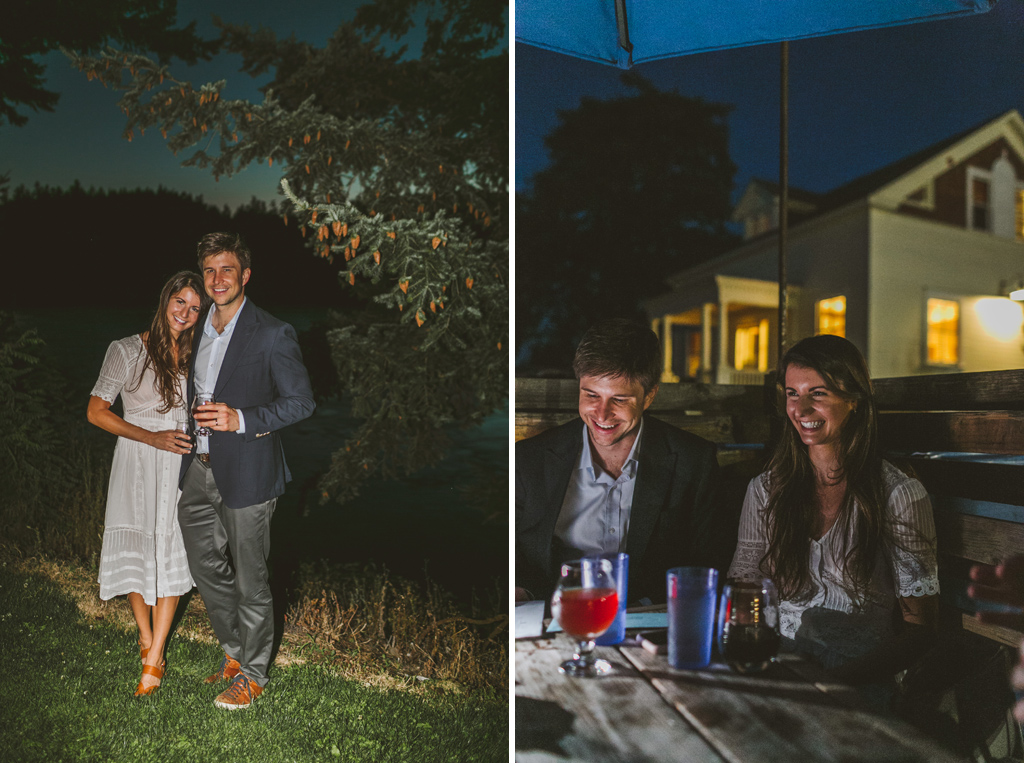 Wow, what a magical and perfect, sun-filled Columbia River Gorge elopement! So much joy and I love how you slayed these even in bright lighting! Your work is so beautiful!

Wow the Columbia River Gorge at sunset is the perfect location for an elopement!! Although the distance from their friends might not have been something they initially imagined for their wedding day- to me it shows just how much they care for their friends and family. Very beautiful.

This is a beautiful Columbia Gorge elopement and the couple is absolutely beaming with happiness! So glad they could still celebrate their marriage, and that you could capture the magic of their day.